In the past few decades, respirators were used in both industry and fire departments around the globe. They were not mass-produced on a large scale until 1915, after the horrors of World War II and the gas attacks on the Western Front. According to the British Royal Society of Chemistry Edward Harrison's large-sized box respirator was what broke this particular milestone.

Technological innovation was a key driver of the war's impact on the military grade gas mask. This happened between the first and second world conflicts and into the modern age. Rapid advances in chemical, physical, and biological sciences have transformed respirators into many smaller companies that offer better protection than any of the older ones. 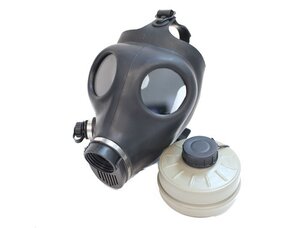 There were many variations of this device throughout Europe and America. They consisted almost entirely of a bag that was completely enclosed around the head and sealed around it. The throat had two windows so the wearer could see through. There were many methods of breathing, and most of them were difficult.

In 1848, the first standard respiration device was created. It was the first of many patents that covered air purification devices. Hutson Hurd's cup-shaped mask, patented in 1879, quickly became the most popular industrial device. It was also used as a parallel to the widespread use of half-mask respirators.